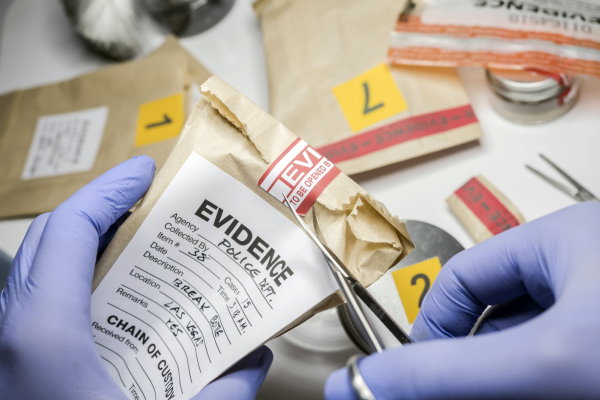 In our last blog post, we talked about hidden evidence and the trouble that can cause for a case. Hiding evidence is a lie of omission, however, where one attempts to alter the truth by leaving something out. But what about a lie of commission, where one actively attempts to distort the truth? Enter the idea of altering or fabricating evidence.

People lie. This is a well-known and well-established fact of life. People even lie under oath. Just because you’re made to swear in before testimony doesn’t mean that you’re necessarily bound to say anything truthful. The only way anyone would ever even know if you lied under oath was if you got caught, and that's another charge and another case in and of itself. Before that point, however, it’s entirely possible to create, alter, or plant evidence that can steer a case in a certain direction.

For instance, let’s look at the case of former Det. Mike Sanchez in Phoenix. Sanchez, a liquor department detective, was attempting to make a bust on COVID-19 restriction violations at Skin Cabaret last October. However, after his visit, an employee of the cabaret claimed that Sanchez had been physical with her during his visit. Sanchez went back and altered his initial reports after being tipped off that the employee was filing against him, writing that the employee had “allowed” Sanchez to touch her inappropriately, which never happened.

The first major takeaway here is that someone in a position of power abused that power in multiple ways. First, the detective became unnecessarily physical with the employee without consent, then altered his report to create enough doubt that the employee may have lost in court. Second, the detective had the ability to alter his report, a report that would have been viable evidence in a courtroom. An internal investigation led to the detective admitting to editing the documents and Sanchez quit in April, but not before he was added to the Brady List, a document that exposes and tracks officers who have been found to have lied or committed crimes.

This case is one in which evidence was both fabricated and altered simultaneously. Sanchez’s transgressions against the employee were illegal, but he was able to go back and edit his own report to cast enough doubt on the employee and to absolve himself of any wrongdoing under the guise of making an additional prostitution sting. By saying the employee “allowed” him to touch her, the idea of consent comes back into play, and a “he-said, she said” situation would have unfolded. Sanchez altered his original official report to include “evidence” that never existed. Thankfully he was investigated and caught - but for every positive story like this, there are hundreds that go the other way.

Here at Palestini Law, we’re all about both truth and justice. You can rest assured that we will do everything in our power to make sure the truth comes out, and that we will always take your side when the “evidence” shows anything you know didn’t happen. We are experienced with Brady List-based cases and we have all the defensive tactics you’ll need at our disposal. Justice may be blind, but she wasn’t born yesterday, and you can always count on Palestini Law to help guide her in the right direction.