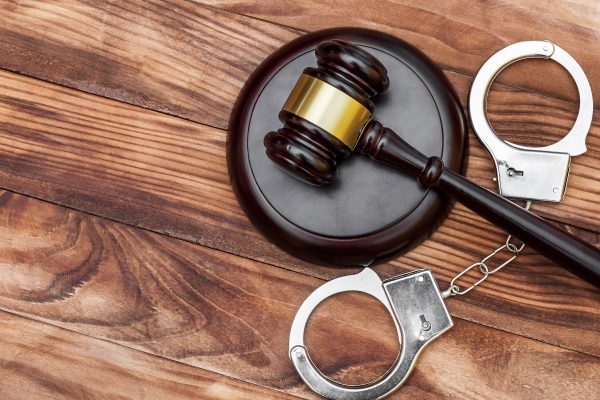 You guys remember the Masked Magician? That guy in the late 90s/early 2000s who would do one-hour TV specials where he’d give away magicians secrets as to how they pulled off their biggest tricks? Well, I wouldn’t call him a personal hero, but I do see him as an inspiration. I’ve said it a lot so far: there are ways to fight a DUI charge, and Palestini Law can fight those charges for you. But I’m sure that all comes across as a sales gimmick, as that clever cliffhanger to keep you on the edge of your seat. Well, I’m here to tell you it’s not all smoke and mirrors, and I’m going to give a bit of the tricks away. Without further ado, here are the most common ways to fight a DUI:

1.) Improper Stop by Police. The beauty of the law is that you’re innocent until proven guilty in court. The second most beautiful part is that it falls on the plaintiff to prove without a shadow of a doubt that you were breaking the law. A DUI all starts with a traffic stop, but what if that traffic stop wasn’t warranted? We review the dash cam and the officer’s statement. If those things don’t match up, or we can’t see what they saw? Well then, everything after that could be inadmissible.

2.) Failure to Follow Sobriety Test Protocol. Can you be reasonably expected to walk heel-to-toe in every pair of shoes you own? Did you know your rights when the officer was shining his flashlight in your face? If the officer pulling you over acts unreasonably, or if your field sobriety tests are conducted in improper footwear or inclement weather, well, they just might not be able to walk the line of admissible evidence!

3.) Improper Testing and Storage of Blood Samples. If a blood test is used to determine your BAC or the source of your inebriation, extremely strict medical protocols must be followed to keep those samples viable and admissible. If a sample falls out of temperature, gets mislabeled, or is taken too late? Well, let’s just say it might be too late for them to get that conviction.

4.) Outstanding Medical Conditions. Fun fact: ketosis, a side-effect of diabetes, can result in alcohol-scented breath. Couple this with a long shift and seasonal allergies, and you may have all the dressings of a DUI with none of the underlying causes. Similarly, adverse side-effects of new prescriptions can also lead to a quick stop that wasn’t really warranted.

5.) Miranda Violations. Officers like to wait to place you under arrest. Why? Because the longer they wait, the longer that gives you to slip up and give them a reason. Similarly, sometimes you’re arrested without knowing it, because you weren’t read your rights, or you thought your rights were being explained but not presented to you. Remember, the officer is the one who has to prove your guilt, not the other way around, and they have strict rules to follow. If they break those rules, well, they break their own case.

6.) Inappropriate Communication. District Attorneys and detectives know you have a right to an attorney before they start speaking to you, but we’ve all seen enough legal dramas and loose-cannon cop movies to know that a pesky lawyer never stopped the “good guy” from solving the case. However, we live in the real world, where there are rules and regulations and the law takes a lot more time, a lot more paperwork, and a lot fewer heavily-scarred, heavily-accented villains to actually keep going ‘round. If your rights weren’t respected, then a conviction shouldn’t be expected.

I know this wasn’t exactly showing you how they hide the rabbit in the hat, but these 6 defenses are actually just the start of the show. An experienced DUI attorney has these defenses and a whole lot more hidden up his sleeve. Sheriff Joe wanted you to think that a DUI was the beginning of the end of your days as a free person, but in reality there’s a lot that has to go right for the state to be able to convict you. However, a lot of people don’t know that because the state’s DUI campaign worked so well. If you’ve got the right magician, they can make just about anything disappear - in a completely safe and legal way. Here at Palestini Law, we’ve got just the magician for whatever trick or trap you might find yourself in, and we’ll show you every step out along the way.