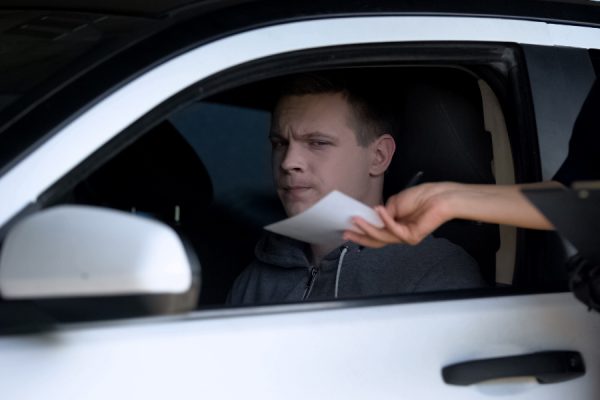 We’ve all been there: it’s after work and you want to get home. It must be your lucky day, because the freeway is wide open. You start to accelerate, slowly but surely, because hey, it’s not going to hurt anyone. No one’s even around! Suddenly, someone is around, and they’re getting closer and closer in the rearview mirror. The red and blue lights kick on. Your short drive home is about to get a whole lot longer.

While we might consider speeding a “victimless” crime, the truth is that disobeying posted speed limits makes you a hazard to both yourself and those around you. Speed limits were designed with safety, not our own convenience, in mind. For that reason, the penalties surrounding breaking them can be pretty harsh, even if no one else was around.

There are 3 scenarios that will result in a criminal speeding charge: traveling over 35 MPH in a school zone, traveling over 20 MPH in a residential area, and traveling over 85 MPH anywhere in the state. While those first two scenarios seem like no-brainers from a safety standpoint, the last one tends to trip people up. The average speed on the highway, especially in the fast lane, can often exceed -or at least seem to exceed- 85. No doubt you remember the idea of not impeding the flow of traffic from when you learned to drive, but another old adage comes to mind here, too: if all your friends were jumping off a cliff, would you? Just because everyone else is traveling above the posted speed limit doesn’t mean you have to, and it certainly doesn’t mean that any officer catching this happening has to pull over the lead vehicle: if they clock you over 85, and they decide to pull you over, then you’re the one in trouble.

A criminal speeding charge is a Class 3 Misdemeanor, which sounds relatively light until you consider the consequences. A Class 3 Misdemeanor carries with it the potential for a $500 fine and any court surcharges, up to 30 days in jail, and the possibility of a year of probation. Suddenly those 5 minutes you were going to save on your commute don’t seem as important. A conviction will also carry with it 3 points on your license, which puts you just about halfway to losing it.

You Need A Traffic Lawyer

While receiving a criminal speeding ticket might feel like the end of the world, there are several strategies we can employ to fight your case. Remember, your conviction rides on the state proving their case, and there are a lot of areas where they can drop the ball and lose the whole charge. If you find yourself the unlucky recipient of a criminal speeding charge, call us here at Palestini Law, where we are well-versed in all matters related to criminal driving defense. We’ll handle your case faster than you were driving - just don’t take that as a challenge.