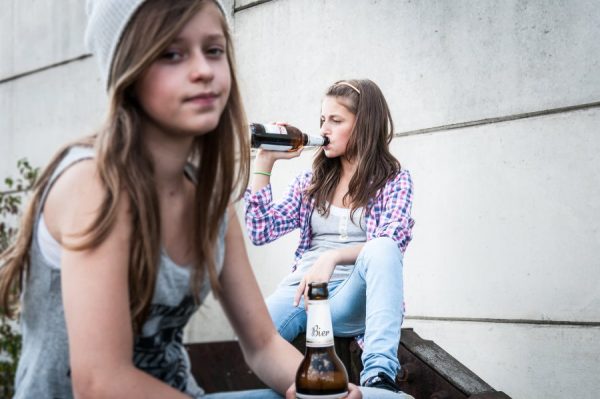 Remember parties? Those big gatherings of people where you listened to loud music, made new friends, and threw back a drink or two? Those were the days! For the time being, the party isn’t over - it just looks a little different. The music is quieter, your friends are all in a Zoom window, but the drinking? Probably the same. However, just because times have changed, doesn’t mean the rules have changed. In our last series, we focused a lot on the new rules regarding Prop 207 and recreational marijuana, and we found that the rules are basically the same as alcohol. But what are those rules, and what are the penalties?

Despite popular belief, neither one of these is the “lesser” charge. Both carry with them their own possible punishments and long-term consequences. Both charges are also shockingly easy to come by. If you’re under 21 and an officer catches you holding even a single beer? That’s an MIP. Are you under 21, hanging out with your 21-and-over friends, and you enter a bar? That’s an MIP. For a charge this easy to come by, the penalties are quite steep. An MIP is a Class 1 misdemeanor, and carries with it up to 180 days in jail, 3 years of probation, $4,000 in associated fines, and the possibility of court-ordered alcohol classes/counseling.

An MIC may be slightly harder to come by, but the penalty is still severe. To receive an MIC, it must be proven that you, the person under 21, has any alcohol in your blood. We aren’t talking DUI limits here: an MIC is triggered if your BAC comes back with any evidence of alcohol. With an MIC, you’re looking at a Class 2 misdemeanor, meaning 120 days in jail, 2 years probation, and fines up to $2,500. However, the biggest issue with both of these charges are the long-term effects. An MIP or MIC stays on your record. That’ll come up in any background check run by a possible college or employer. An MIP or MIC can also impact the status of your driver’s license.

It's Not The End of The World - We Can Help

An MIP/MIC isn’t the end of the world, but it sure can feel like it. Trading a lifetime of opportunity and potential for a Thursday night frat rager isn’t worth it, but you only go to college once. Usually. If you find yourself down with an MIP, well, you know me - Palestini Law. And I can assure you, we’ve seen our fair share of these cases. There are plenty of ways to fight these charges, and we’re well-versed in all of them. If that New Year’s party ended in red and blue lights instead of fireworks, or if your upcoming Super Bowl bash sees you watching the 4th quarter commercials from a holding cell, give us a call! It won’t help your hangover, but we’re thinking bigger picture anyway.