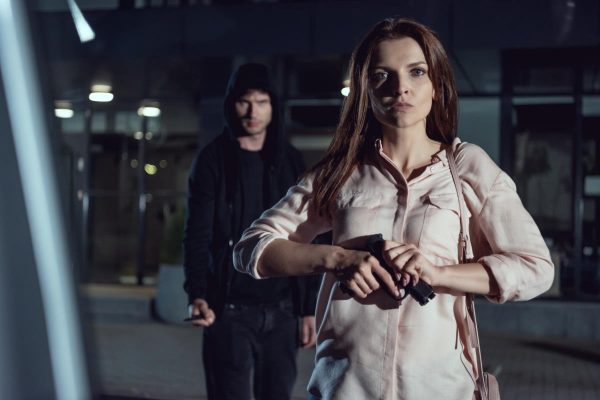 Not that it’s a hot topic or anything, but self-defense is one of those legal areas where there’s a lot of misinformation or urban legends running around. Maybe you’ve heard all you have to do is yell “this is self-defense!” before belting a would-be assailant, or maybe someone told you that, as long as the other person started it, you can do whatever you need to to end it. Here at Palestini Law, we’re all about legal justice - not street justice. With that said, here’s the ins-and-outs of self-defense in Arizona.

Under ARS 13-404, you as an Arizonan are entitled to defend yourself… under certain circumstances. The key words here are reasonable, proportional, and immediate. Let’s break these down word-by-word.

Reasonable. Thanks to the 2010 case State v. King, the guideline for a self-defense response has been set: the action must be that which a “reasonable man” would have used in the situation. Granted, this is to be determined by a jury of one’s peers, so you have to act within the reason of the crowd. Self-defense is not an opportunity for revenge or vengeance - it’s an opportunity to stop a crime against you.

Proportional. When it comes to self-defense in Arizona, the golden rule applies: do unto others. Your response to the actions taken against you cannot be outside the realm of an equal response. The use of deadly force is only permissible in a situation in which deadly force might be used against you. This doesn’t mean you can’t necessarily bring a gun to a knife fight, but it would be up to a jury’s discretion whether that was warranted after the fact - not up to yours.

Immediate. This one should be obvious, but it goes back to the idea of revenge or vengeance. You are only permitted to defend yourself at the moment of the crime being committed against you. You can respond in the situation and only in the situation, as your goal in any self-defense situation should be to diffuse the situation as quickly as possible.

While the nation waits to see what happens with Kyle Rittenhouse, maybe your case doesn’t have time to wait. Here at Palestini Law, we’re experts in the field of self-defense. We may not host classes, but we will host your case, and we’ll make sure that you get the justice you deserve in the only arena that matters: a court of law.