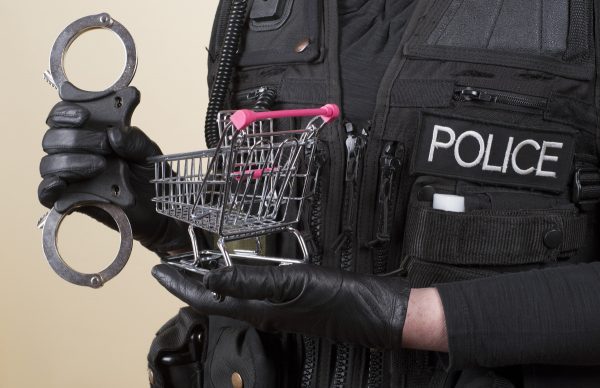 With everything going on, maybe it’s been a while since you’ve been shopping in-person. However, with the added economic hardship the Covid-19 pandemic has added to many families, cases of shoplifting are on the rise in the US. In some Arizona jurisdictions, incidences of shoplifting or other thefts from retailers have increased nearly 250%! Going out is already risky, but going out to shoplift is even riskier - possibly riskier than you’d imagine!

In Arizona, shoplifting anything worth under $1,000 is a Class 1 Misdemeanor. That’s right, the highest class of misdemeanor that can be assigned. A Class 1 Misdemeanor can carry with it up to 6 months in jail, a $2,500 fine, and the potential for up to 3 years of probation.

Shoplifting anything worth over $1,000 puts you into Felony territory. At this range, you could be looking at prison time between 4 months to a full year. The punishments increase as the total value of the theft increases. These punishments are even further escalated if the stolen property in question is a firearm. If the police can trace this stolen firearm to gang activity, then you’re looking at even more charges.

For clarity, “shoplifting” isn’t limited to the traditional idea of just removing unpaid merchandise from a store. Shoplifting charges can also apply to anyone who uses false information or a forged/stolen line of a credit to acquire goods. Shoplifting also applies if you swap a price tag from one item to another, or if you conceal an item or multiple items inside of another one you’re paying for. If you remove something from a store and you didn’t pay the price listed -without using a coupon, of course- then you’re shoplifting.

If you’re accused of shoplifting, all isn’t lost! There are plenty of tried and true defenses for shoplifting that can get your charges lowered or, in some cases, dropped entirely. Remember to remain calm, and don’t talk to anyone until you’ve contacted an attorney. Times are tough, the charges tougher, but here at Palestini Law, we’re the toughest ones in the whole equation.