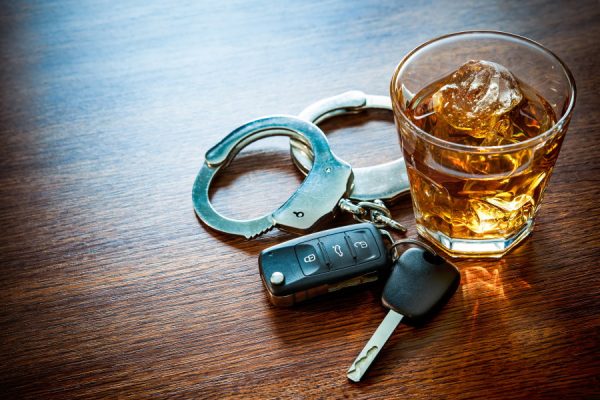 If you’ve lived in Arizona long enough, you’ll remember the slogans. “DUI: Expect the Max.” “Drive Hammered, Get Nailed.” Accompanying those slogans was usually a pretty gratuitous shot of then-sheriff Joe Arpaio, and if the combination of hearing those phrases and seeing his face wasn’t enough to keep you sober behind the wheel, well, then that was on you. However, maybe you’re new to Arizona - a lot of people are since COVID started! Or maybe you were too young to realize what that meant then but you definitely get it now. So just what happens when you get behind the wheel impaired in AZ? Well, it’s no trip to Tent City, but the long-term repercussions can be just as bad.

Arizona doesn’t play around with DUI laws. In a lot of places, a DUI is determined solely by your blood alcohol content (BAC). But in Arizona, your BAC comes in second to the judgment of the officer pulling you over. On the BAC side, you can expect to be arrested if you blow above a 0.08, or over 0.02 if you’re a minor. If you are pulled over and blow above the limit, you’re looking at 10 days in jail, a fine of $1,250, and an ignition interlock device will have to be installed on your vehicle. You will be responsible for paying for that device, and they don’t come cheap. You also have to pay the monthly lease of that device for the entire time you have it, typically around $100 monthly. Before you can get behind the wheel again, you’ll have to take a series of alcohol awareness courses, as well.

Whether you’re from Arizona or not, you may be surprised to find out that you don’t have to blow above the limit to be found guilty of a DUI. That’s right, Arizona’s zero-tolerance talk is backed up by some strict walk. If you’re pulled over and the officer thinks you’re impaired in any way, they don’t even have to breathalyze you to hit you with a Slightest Degree DUI. If you fail a roadside sobriety test, even if you haven’t been drinking, you can expect one of these Class 1 Misdemeanor charges.

There are too many ways to avoid a DUI these days for them to still be happening. Anytime you drink and get behind the wheel, the DUI is the least of your concerns - your safety and the safety of those around you is most important. However, these things happen, and, as outlined here, sometimes they happen whether you're guilty or not! In any case, we here at Palestini Law are well versed in DUI defense, and we’re waiting to take your calls on your case today.