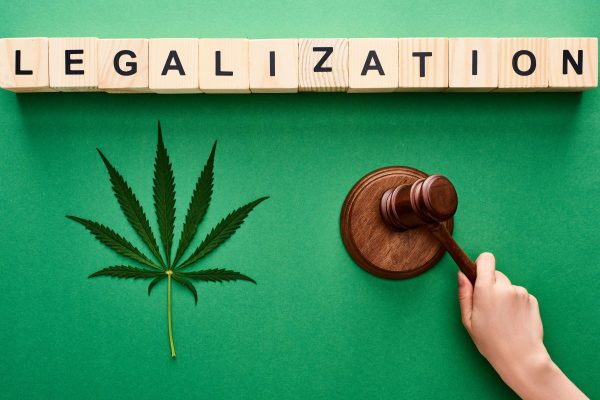 As we’ve talked about before, things are changing in the legal landscape of Arizona now that Prop 207 has passed. You’ve probably already seen the changes locally, and the future of recreational marijuana use looks bright in the valley. With our definitely-not-red eyes to the future, however, a lot of questions have come up about the past. Like, now that marijuana is legal, what does that mean for you if you have a prior conviction for marijuana-related charges? Sure, maybe you broke the law back then, but that law is no longer the law, so… what does that mean for you?

What is an Expungment?

An “expungement” is the legal way of saying that your criminal record can be erased. A lot of times, this gets confused as a kind of free-and-clear card, which it isn’t - at least not totally, anyway. An expungement sees that your criminal record is “sealed,” which in the eyes of the law is as close to an erasure as possible, meaning those charges will no longer follow you around, which is great news. Previously in Arizona, most cases were only eligible for a “set aside,” meaning the charges could still be found in public records. However, an expungement can’t get rid of things like news stories or arrest reports that might be associated with those charges. These kinds of things could still be pulled in a background check, but your legal record would come up clean, and that’s really the most significant matter.

Back to 207, a new Arizona Revised Statute was included as part of the Prop’s adoption. This new ARS 36-2862 allows those priorly convicted to now seek out expungement in 1 of 3 specific instances: possession or use of marijuana, possession or cultivation of plants, and possession or use of paraphernalia. Since 207 passed, these 3 specific activities are now legal up to a certain extent. If you have questions about those extents, feel free to check out our blog post on those specifics.

It is important to note that you can only begin filing for a petition for expungement starting on July 12, 2021. Until then, the best you can hope for legally is a set-aside which, as explained, is not the same or as comprehensive as an expungement. If you qualify for an expungement, we here at Palestini Law Group are well versed in expungement petition paperwork, and we look forward to getting you back to a clean slate in the definitely-not-red eyes of the law. The law has changed, and so can your life!

At Palestini Law, we’re here to make sure you can keep your eyes on your future and off of your back, no matter how red they are. Contact us today for a consultation!